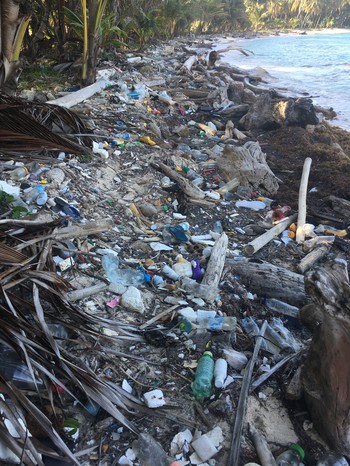 Unfortunately, we often come to places that are covered with washed-up plastic bottles, shoes, buoys and other flotsam. Partially, the idyllic white sand beaches are hardly to see, so much trash is lying around. But luckily, that's not the case everywhere. People who dump their garbage tons in the sea are isolated cases in many countries. But in others, it's not a peculiarity, so we always have to be vigilant about what happens on land with our garbage, which we separate and clean on board.

Basically, we avoid giving our garbage to boat boys, as they are often earning money by taking the garbage from cruisers and dispose it into the sea. Instead, we search public garbage cans ashore or ask for the garbage collection site. Almost everywhere this strategy works well. However, in some places such as on coral atolls there is no functional waste infrastructure. Only here we burn parts of our garbage (plastic and paper) ashore as the locals do.

To reduce waste on board from the start, we leave the bulk of the packaging in the supermarket after shopping. Foods are often packed several times and outer packaging hinders storage on board anyway. Some foods are stored in plastic containers or vacuumed to prevent parasite infestation, so that the original packaging can be disposed of already at provisioning. We only use disposable diapers if we have access to a functioning waste infrastructure. They are partly made of plastic-based deposits and stink terribly, even if they are packed several times. If they were disposed of in the ocean, they would take about 450 years* to completely decompose and endanger fish and other sea creatures. Specifically, this means that disposable diapers on ocean passages or remote islands are not used by us, for these areas we use cloth diapers. Cloth diapers are easily washed by by dragging in a net behind the boat and then need to be rinsed with fresh water.

Waste separation and disposal at sea 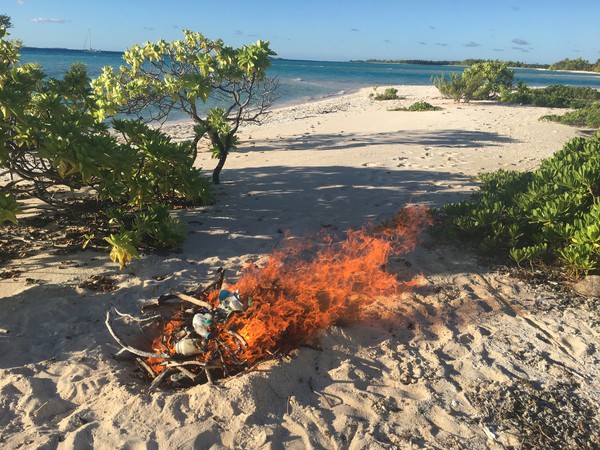